The latest addition to the museum’s outdoor exhibit of armored vehicles has been turning heads and provoking puzzled expressions. “What is that thing?” is a common refrain. And for good reason! The vehicle in question is one of the rarest of World War II tanks – an Australian designed and produced Sentinel AC1 (Australian Cruiser tank Mark I). This is the only tank designed, developed and produced in Australia during World War II and one of only four known to exist.

Work on the Sentinel began during the dark days of November, 1940, when Hitler ruled most of the European continent and the British Empire with its commonwealths stood alone against the Nazis. The English 8th Army was in the midst of dramatic see-saw contest with the German Afrika Korps in Libya and American Lend-Lease supplies were only just beginning to flow to the embattled Allies. With the war in Europe going badly, an ever-more aggressive Japan was in the process of overrunning most of China and war in the Pacific loomed. Fearful of the possibility of a Japanese invasion, the Australians decided to develop their own tank. The result was the Sentinel.

There were several variants of the tank. The AC1 on display at the museum has a 2-pounder main gun, which was common on the Cruiser class of tanks used in the British Army. Secondary armament consisted of two .303 Vickers water-cooled machine guns (hence the oddly shaped gun mantlets in the bow and turret – each designed to encompass the water jacket of a Vickers). With 2.6 inches of armor on the front hull and the turret the Sentinel weighed 12 tons. It was powered by three Cadillac V8 330 horsepower engines that could move the tank at a top speed of 30 miles per hour. The tank had a five man.

The Sentinel was produced by the New South Wales Railway Company. This meant that the Australians slowed production of badly needed locomotives ¬in order to develop the capacity to build the Sentinel. They also experimented with diverse configurations of the vehicle by installing different guns and engines, but in the end only the AC1 was produced. By June of 1943, 65 Sentinels had rolled off the assembly line. However, by that juncture the European War had escalated into a World War with the German invasion of Russia and the Japanese attack on American, British and Australian territories in the Pacific.

With the U.S. in the war and American industry producing tanks, warships, aircraft, munitions and thousands of other items at a breath-taking rate, the need for Australia to build its own tanks disappeared. Indeed, America was making so many Sherman tanks it was able to supply not only its own needs but those of the Western Allies as well. In short, it became easier, quicker and cheaper for Australia to equip its troops with the Sherman than it would be to give them the Sentinel. So the New South Wales Railway Company was told to go back to building locomotives (themselves a vital wartime necessity) and the AC1 passed into obscurity. No Sentinel ever saw combat or deployed outside of Australia.

The Sentinel on display at the museum was purchased from a private collection by Wargaming, Austin which is part of the company that produces the popular World of Tanks and World of Warplanes multi-player online games. They placed the vehicle on loan to the TXMF Museum in October 2014 for an initial period of six months with the option to renew the loan as many times as they liked. We hope and expect that the Sentinel will be with us for quite awhile. But if you want to make sure you get an up close look at this unique and remarkable piece of history, come visit us before it goes away! 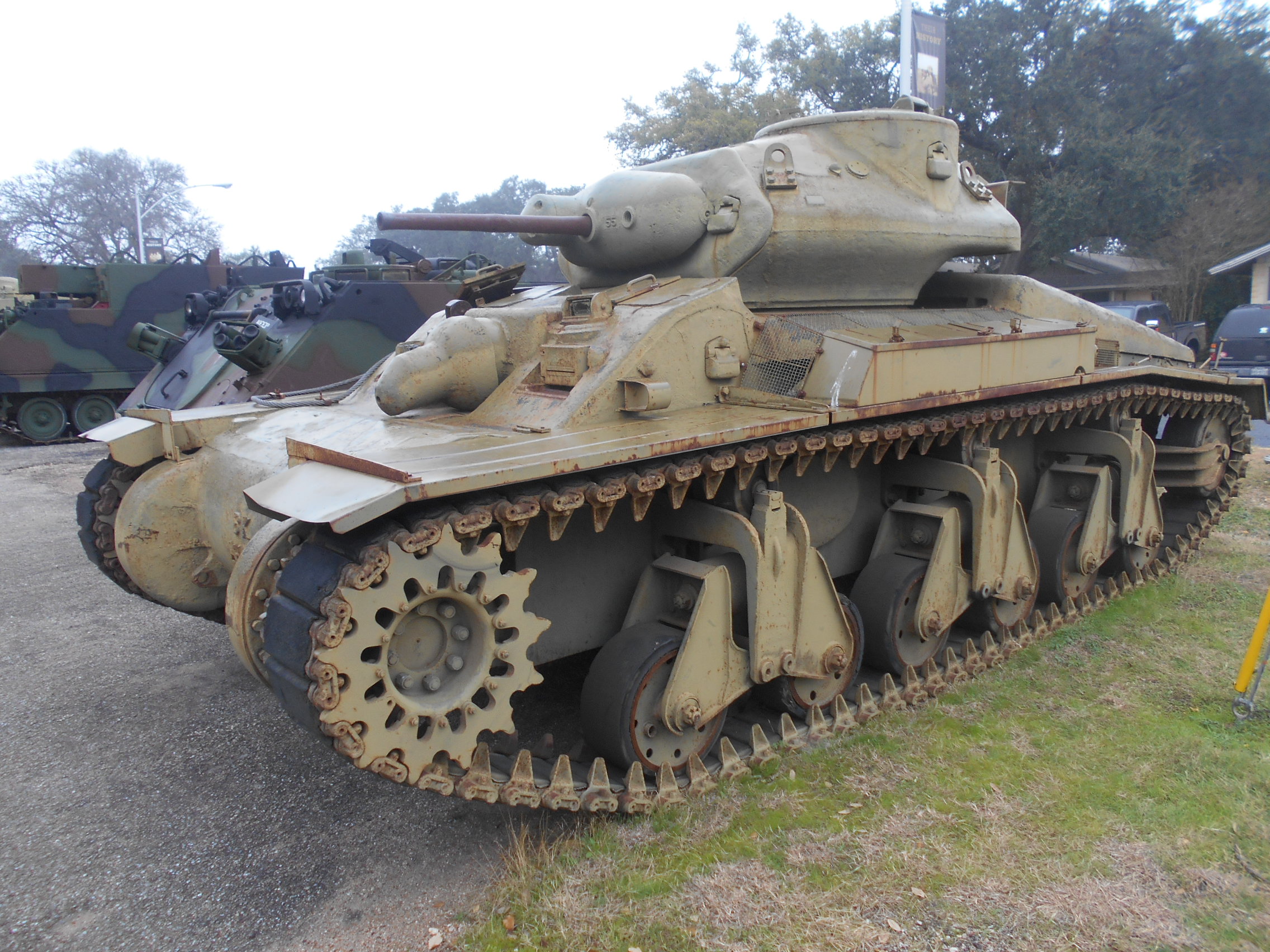 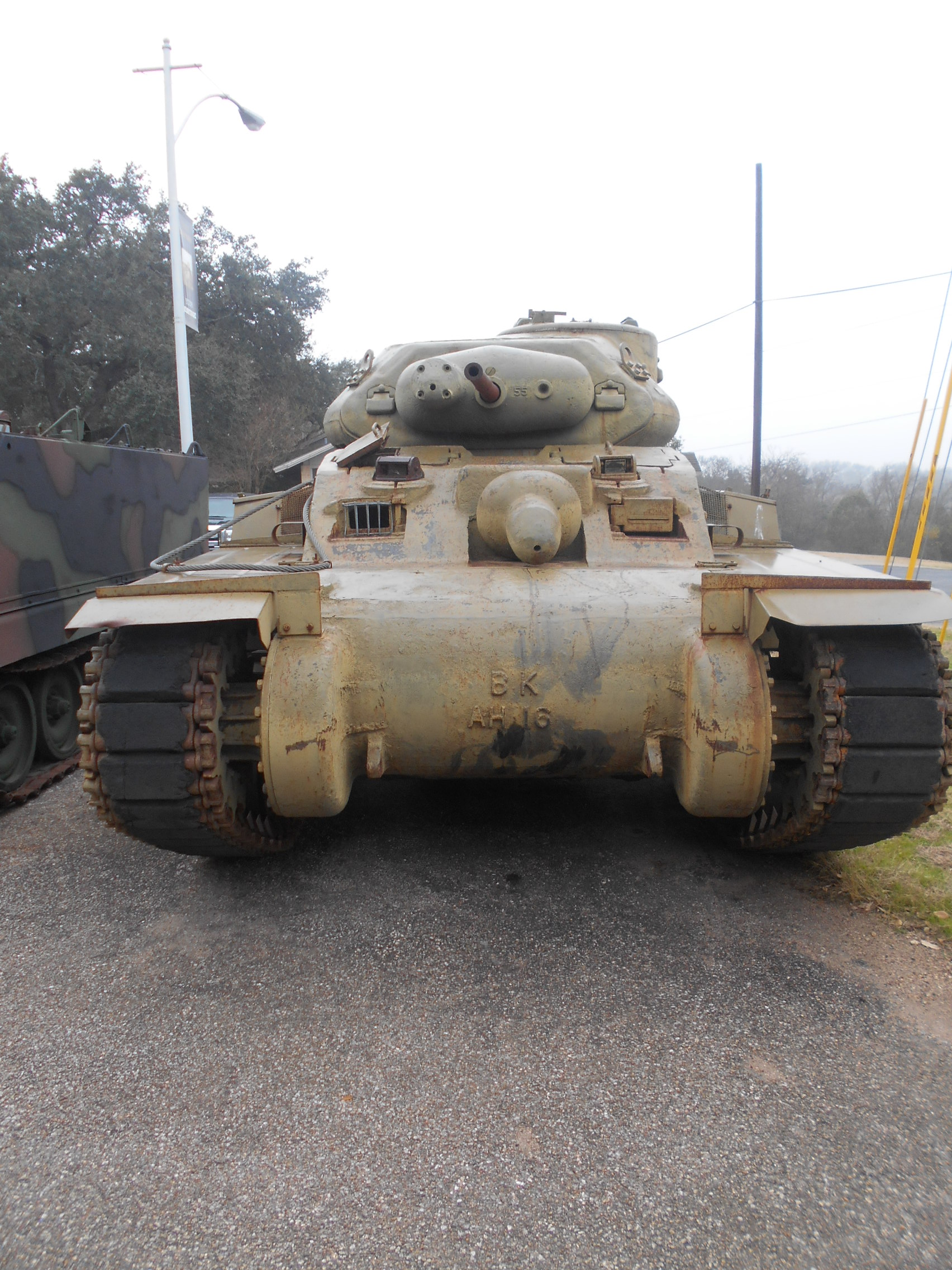