We recently discovered a small collection of Civil War items which were donated sometime prior to the professional staff being hired in 2007-2008.

The collection consists of an 1862 letter written by F.E. Ftizpatrick to his sister Eliza. Francis Fitzpatrick was with Company F of the 57th Georgia Regiment. He was captured at Vicksburg, paroled and died at home in August 1863, he was one of 10 children.

The collection also contained a single, damaged notebook page titled: “Recollections of My Service, Sufferings, and Experiences in the War Between the States, 1861-1865” There was no name associated with the page, but since this person made it to the end of the war it could not be Fitzpatrick and the handwriting looked nothing like his. 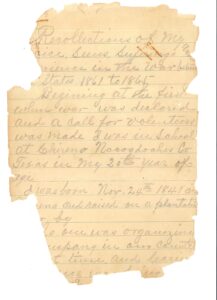 Next were three Confederate bank notes, one from Georgia and two from Texas. 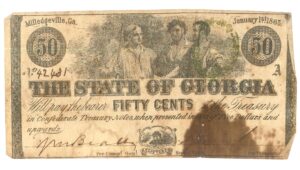 Lastly there was a cabinet card with an image of a couple and a name written on the back: A.J. Wilson and an address in Fort Worth, Texas. 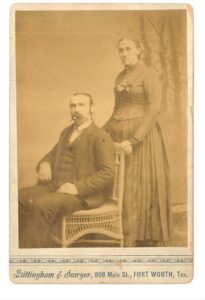 This cabinet card and notebook page were the key to unlocking the mystery. Speculating that they might be related, we checked the name A.J. Wilson with the date of birth and place of enlistment noted on the damaged notebook page.  We were able to find an Alfred Jenkins Wilson who served with Company K, 1st Texas Infantry, Hood’s Brigade.  Then searching for Alfred Jenkins Wilson we were surprised to find this newspaper article with a copy of our cabinet card! 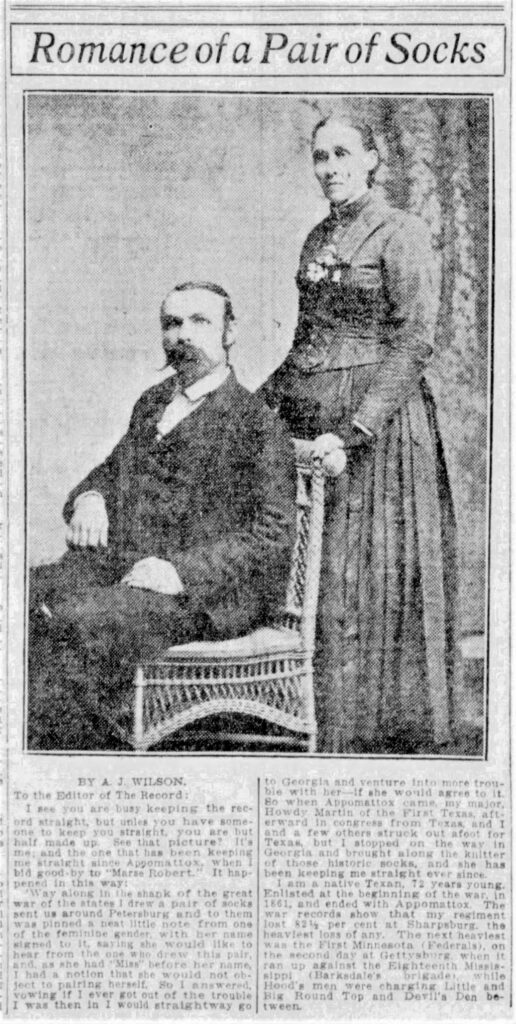 It provided more of the story including how he meet his wife, shown next to him in the photograph. Her name was Emily Fitzpatrick, sister to F.E. Fitzpatrick! Eliza was here older sister, and Emily was only 2 years older that Francis so closest to him in age of all the siblings. So that provided the connection to the letter, and explained the presence of GA and TX Confederate bank notes

The story of how he meet his wife is told in the newspaper article. She knitted pairs of socks to be sent to Confederate soldiers in need. She pinned a note to the socks asked that whomever received them send her a note to let her know they were being used and included her address. Wilson began to correspond with her and told her if he lived through the war he would come and find her. After the surrender at Appomattox, Wilson traveled to GA, he had relatives who lived nearby and found Emily Fitzgerald, married her and took her back to Texas.  Emily dies in 1920 and Alfred in 1921 a love story till the end. 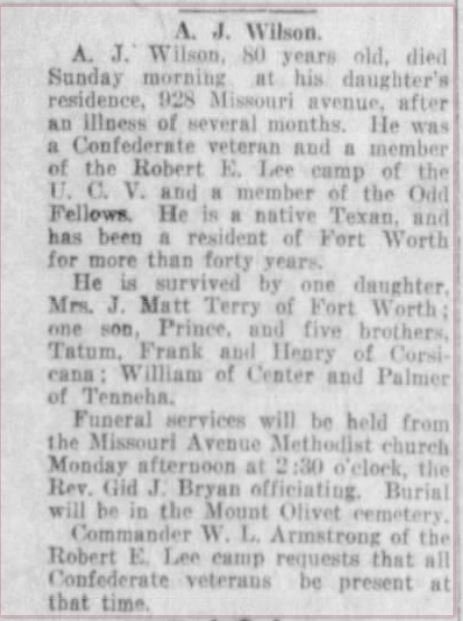